While Babe Ruth never played baseball in North Attleborough, he once played for North Attleborough in one of the games known as the "Little World Series." These seven games, played between the rival teams of Attleborough and North Attleborough, would hardly be worthy of note if it wasn't for the fact that both teams were augmented by professional ballplayers. No less than eighteen future members of the National Baseball Hall of Fame participated. They were:

The first game was played at Columbia Field at 20 Moran Street in North Attleborough on September 27, 1919. The Hall of Famers who made their lone appearance in this game was Walter Johnson, Pie Traynor, and Zach Wheat. Also participating was Jim Thorpe, who played right field for Attleborough. While not a Baseball Hall of Famer, Jim Thorpe was recently voted the Greatest Athlete of the 20th Century.

The second game was played at Brady Field on North Main Street in Attleborough on October 4, 1919. Babe Ruth made his lone appearance in this game. He played left field for North Attleborough and went 1 for 4 with a single. Ruth was still a member of the Boston Red Sox at the time of this game. He would be sold to the New York Yankees in 1920. 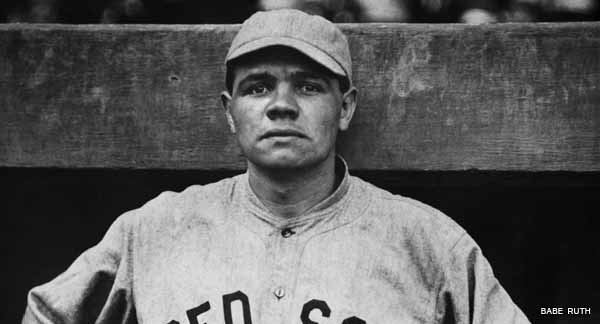